Working with PLACE Landscape Architects, Alta developed a preliminary design for the 1.75-mile-long corridor of the Burke-Gilman trail, as it passes through the University of Washington's campus.

Seattle’s nearly 30-mile long Burke-Gilman Trail was a vanguard of the Rail-to-Trail movement, providing a non-motorized transportation corridor completely separated from traffic. Some segments of the Burke-Gilman have not aged well, and its over-loved tranquility suffers from congestion and the wear and tear of more than 50-years of use. The priority of the UW Burke-Gilman Trail Improvement Project was to address a projected doubling of trail use by the year 2030.  The trail was widened in some places to 24 feet with pedestrians and bicyclists separated, except at intersection mixing zones. Many intersections throughout the project area were consolidated to reduce conflict points.

In addition to improving the experience of trail users, Alta helped to develop a campus wide wayfinding system that would support students, faculty, staff, and visitors with well-located navigation information for all modes of travel. Alta worked to see that these treatments were appropriate for both first- and long-time users of the campus. 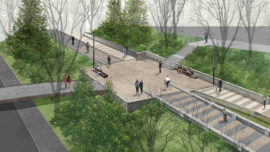 Burke-Gilman Trail at University of Washington 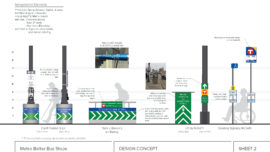 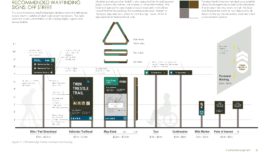 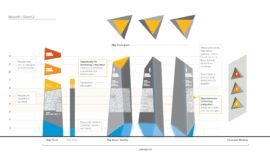