Working with a multi-national group of experts from Great Britain, The Netherlands, and Alta’s offices in Dubai and the United States, Alta Planning + Design developed the first bicycle master plan for Dubai, creating a bicycle network to serve workers and visitors, new bike parking facilities, improved bikeway connections to Dubai’s Metro and bus transit systems, and supportive policies and programs.

Following development of a comprehensive demand model that identified the existing and potential number of bicyclists and mode share data that previously did not exist, Alta completed the planning and preliminary feasibility of a 1,400 km system that connects to all existing and planned community areas of Dubai within an 8 month schedule. Many of the planned bikeways will benefit the thousands of workers who commute by bicycle to Dubai’s central business district, industrial areas, shipping ports, and construction sites each day. In addition several specific tourist-focused bike route concepts were developed including the “Spice Path”, “Gulf Coast Trail”, and “Safari Trail.” These routes connect to Dubai’s most popular visitor destinations including the Burj Al Arab hotel, beachfront parks along the Jumeirah Beach coastline, Dubai Creek, and the historic souq areas.

As part of the master plan, Alta developed detailed concept design sheets for 30 km of bikeways to be constructed within the first phase of plan implementation, and identified locations for over 500 bike parking spaces to be installed in the central business districts. Alta also created a detailed Action Plan for the Dubai Roads and Transport Authority that identifies all Phase 1 projects and programs including a bicycle safety education program, installing a network of automated bicycle counters, and adopting new Standard Roadway Sections that include bicycle facilities on all major roadway types.

The Roads and Transport Authority is on target to deliver 900km of cycle paths by 2020, including interlinked community tracks as a key part of the project. 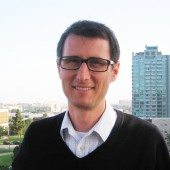