Alta worked with the City of Eureka to design and implement an education and outreach campaign focused on pedestrian safety.

Based on local crash data, the campaign featured calls to action in both English and Spanish to encourage the desired safety behaviors.

“I now drive slower through town, and keep a look out for people who cross in the middle of the road, not just at the intersection. My favorite part of this whole campaign was making people more aware that just seconds of not paying attention can be deadly.” – Eureka resident

“I wanted to tell you that the campaign seems to be working. I see and hear about it all over town. It’s quite impressive. You are doing a fantastic job. Kudos! I like the message and think it’s very important.” – Eureka resident 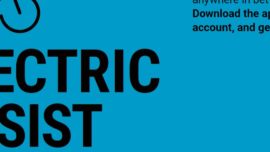