The University of Oklahoma worked with Alta on its Bicycle Transportation Plan, and is now implementing key recommendations from the plan, with the goal to change the way students, faculty, and staff get around the OU campus.

Alta developed a Bicycle Master Plan for the University of Oklahoma, working with MA+ Architecture. The Master Plan recommends a network of enhanced paths and bike lanes throughout the campus along with improved bike parking and other facilities. Bike connections to streets within the City of Norman were also studied. Recommended encouragement, education, enforcement and evaluation programs were a part of the effort as well.

The primary challenges of getting a greater number of the 30,000 students and staff to use bicycles on campus include the lack of on-the-ground bike facilities, the inability to store bicycles inside of residence halls and the lack of awareness of safety issues such as helmet use on campus. Participation in the planning effort has involved over one thousand responses to the on-line campus survey, public meetings and input from a Bicycle Steering Committee appointed by the administration.

After the adoption of the University of Oklahoma campus bicycle master plan, Alta developed the final design for three key recommendations from the plan. The trio of projects included:

Combined, the three projects are the first step toward a fully implemented master plan that is expected to change the way students, faculty, and staff get around the OU campus. 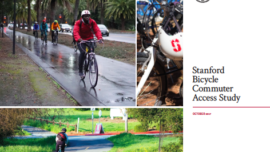 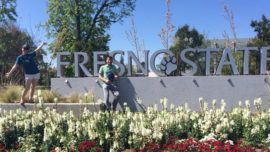 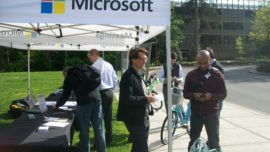 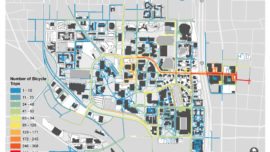